Original article can be viewed here, the text is copied below.

Amanda Nguyen felt “powerless, invisible and betrayed” when, after a four-hour forensic sexual assault examination for evidence extraction following her rape in 2013, law enforcement officials proceeded to attempt to destroy her rape kit before the statute of limitations had expired. The 25-year-old activist and Nobel Peace Prize nominee wrote the Survivors’ Bill of Rights Act in response, which was added to the federal criminal code by President Obama and approved by unanimous vote in Congress in 2016.

The Survivors’ Bill of Rights specifically and explicitly states that survivors have the right for their rape kit to be preserved for the length of the case’s statute of limitations, the right to be notified if an evidence kit is set for destruction and the right to be notified of the results of their rape kit. On Tuesday, the Federal Judiciary Committee SD-226 met to discuss its implementation with Nguyen and actor Terry Crews. 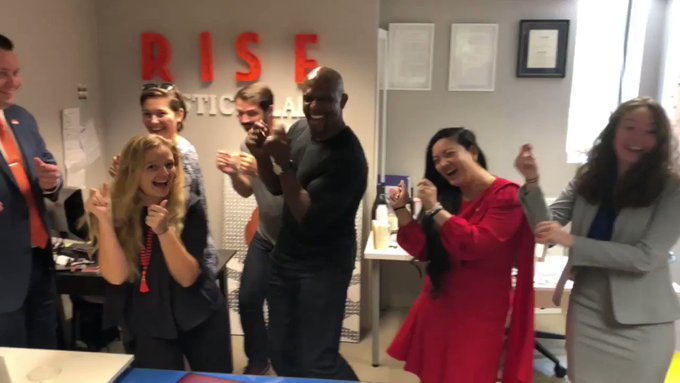 “I never thought that I’d be made to suffer a greater injustice than what I went through on the day that I was raped,” Nguyen shares on her foundation’s website. “Growing up, I’d believed in those familiar American promises: that our rights were sacred, that everyone was equal in the eyes of the law, and that the legal system existed to right wrongs and restore justice. It was only after my ordeal that I discovered firsthand the ways in which rape survivors are continually re-victimized and betrayed by our country’s failure to make good on these promises.”

After speaking with other survivors, Nguyen discovered that she wasn’t alone—and she was extremely frustrated with the double standard in place for sexual assault survivors. “It isn’t fair that survivors have different rights,” she told Ms. Other felony crimes, such as murder cases, have their evidence boxes maintained indefinitely; convicted rapists also have the right to preserve the evidence kit for the duration of their time serving out a sentence. Nguyen heard from women in various states that their rape kits, too, had been destroyed prematurely; in other states, reports show that rape kits are left untested by the hundreds.

After writing the Survivors’ Bill of Rights, Nguyen launched the non-profit RISE with the goal of enacting similar Acts in each state.(Nguyen has created an action plan for activists hoping to push state lawmakers to do just that.) Because most sexual assault cases are handled by state law enforcement, the federal bill of rights is more of a guideline and an attempt to raise awareness on the issues affecting survivors.

“The problem is that the Act applies only in federal sexual assault cases, and not in state cases where the vast majority of sexual assaults occur—that is, unless the individual state has passed the Act,” Adrienne Lawrence, a California attorney and victim advocate, told Ms. “Just 14 states have passed the Act so far, which means a number of sexual assault victims across the nation do not and will not have guaranteed rights. Failing to ensure survivors have adequate rights undermines the notion that our justice system is as committed to ending the crime of sexual assault as it is to ending other forms of crime. The Act is necessary because, in a number of states, victims are not informed about what will happen with their rape kits and the kits get destroyed, which basically destroys evidence of a crime and limits the victim’s ability to get justice.”

Luckily, the bipartisan Survivors’ Bill of Rights has faced little opposition when proposed in various legislative bodies; according to Nguyen, one of the largest hurdles to passing the legislation in the states has been ignorance. “People don’t understand how broken the system is for survivors,” Nguyen told the committee. During Tuesday’s committee meeting, she and Crews met with state legislators to impress the importance of proposing these Acts state-by-state. “Justice should not depend on geography,” Nguyen told lawmakers. “Bring these [laws] back to your communities.”